The second stable release of the 1.9 series.

In 1.9.8 we have refactored some of the core components of the engine. We are no longer relying on the rather limited SDL framework for operating system services. Instead, we are now using Qt and C++. This should bear important long-term benefits as we now have a lot of functionality at our disposal in a platform-independent manner. We have also refactored the map data structures with higher-precision coordinates and improved the BSP builder in preparation for the future.

Closed bugs for the 1.9.8 milestone 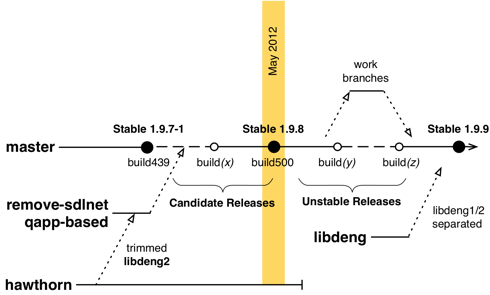 The network protocol is incompatible with the one in 1.9.7, so after you upgrade you can only connect to servers that run the same version as you (1.9.8).

For more information about multiplayer, see the previous release's notes.