The default settings are reasonable for most users. Doomsday has many configuration options if something is not working quite to your liking.

DOOM (1993) and other games based on it were designed to run on VGA 320×200 resolution displays. Doomsday is able to run in any display size, but depending on your preferences you may like to tune the rendering options a little.

The two most important settings are Field of View (FOV) angle and pixel density: 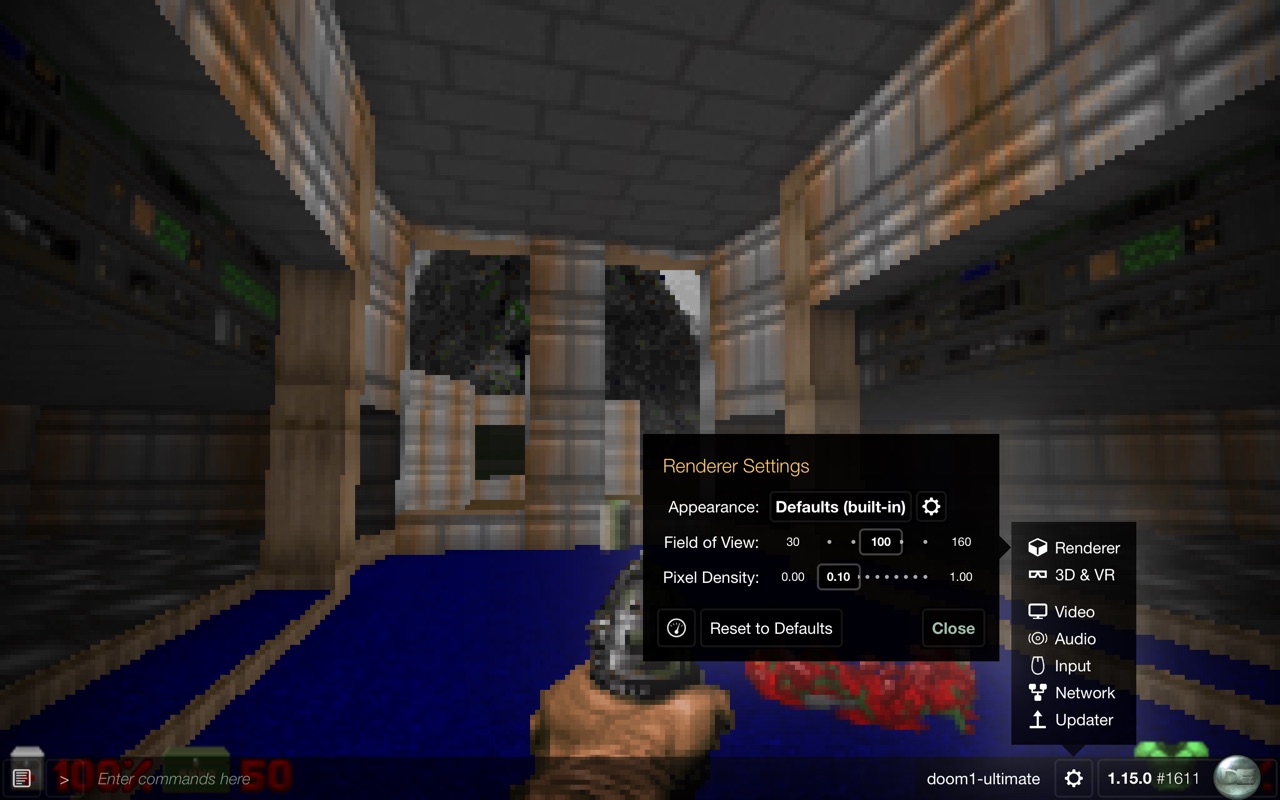 If the default player controls don't feel right, you can change them in the game's Options menu. Note that all games in one game family use the same control bindings.

Game controllers can be enabled in the Input Settings via the Task Bar. Doomsday comes with a couple of game controller presets (e.g., DualShock 4 and Xbox 360), but you can also bind the buttons and other controls manually in the game's Options menu.

Doomsday is primarily intended to be used a desktop GUI application, but it does offer a set of command line options for CLI use. These allow you to launch into a specific game directly, skipping the Home screen. This is helpful if you want to create a shortcut on your desktop for starting a particular game.

Check out the Readme for the list of supported options.

Each game plugin has its own subfolder under configs/.

Found in the runtime folder.

Can be deleted to force Doomsday reset back to “factory settings.”

Response files are text files that are read by Doomsday and interpreted as command line options. This is convenient for frequent CLI use.

On Unix operating systems, Doomsday supports additional configuration files for various settings. These files can be used by users and by package maintainers to define the appropriate configuration for personal needs or for the needs of an OS distribution.

The configuration files /etc/doomsday/paths and ~/.doomsday/paths can be used to override the compile-time base and library directories, and specify the directory for IWAD files.

All of these configuration files use the Info syntax.

In the Script prompt, the contents of persist.pack can be viewed as the object Config. For example, try entering: